Watch: Virat Kohli and Jonny Bairstow Had a Quite Intense Chat Before the Match

The second one-day international of a three-match series between India and England is currently underway at the Lord’s Cricket Ground in London. Former captain Virat Kohli appeared to have fully recovered from the groin strain that forced him to miss the first game of the series earlier in the series. But Virat is in for this match and eying to get his form back. Virat failed miserably in all the 3 T20s he played. 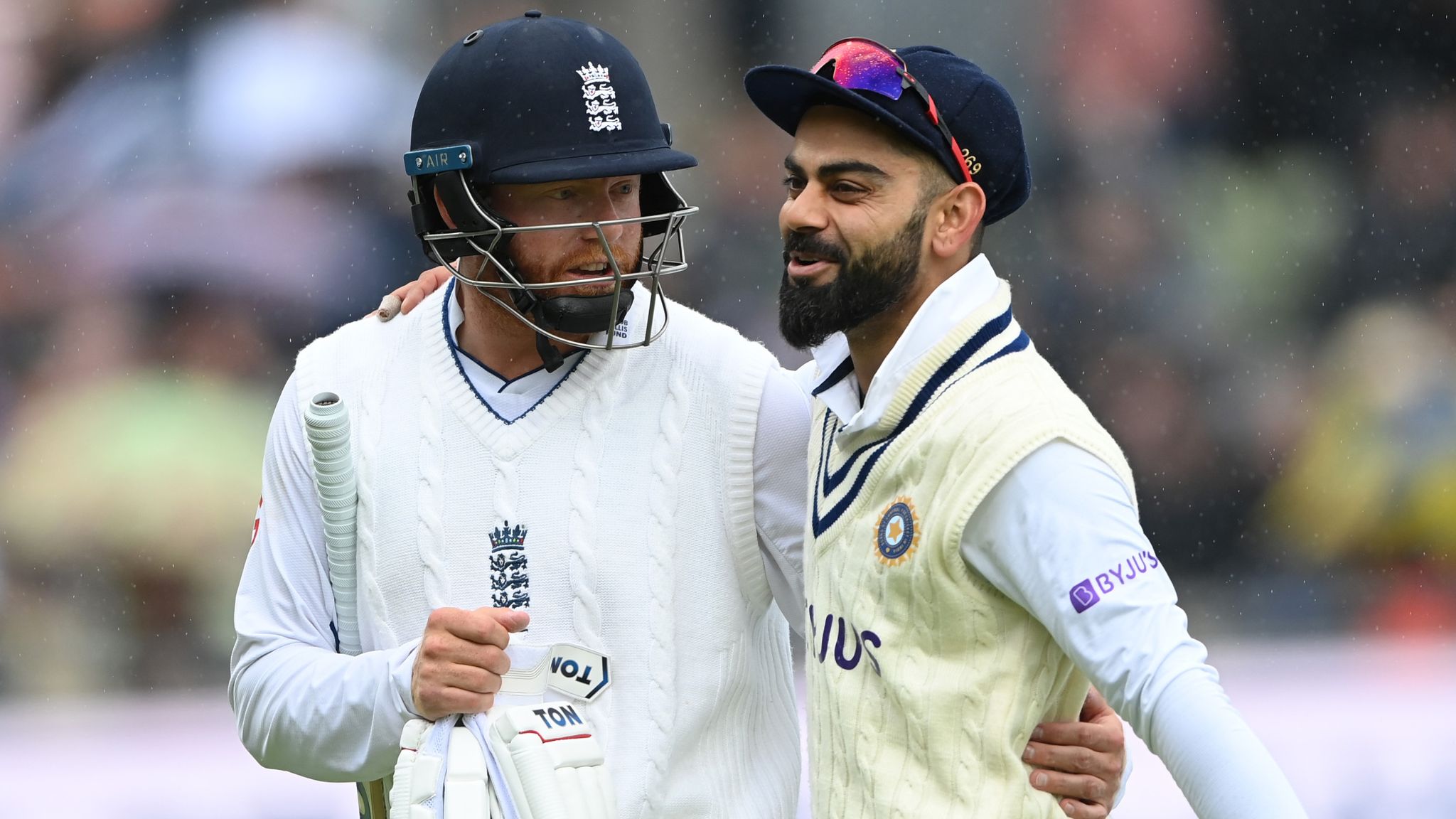 During the practice session, Kohli ran into England’s Jonny Bairstow, who was caught on camera. On the ground, the two talked for quite some time. We wonder what the discussion would have been about.

Virat Kohli and Bairstow Banter in the 5th Test at Birmingham

Kohli and Bairstow got into a heated argument during the rescheduled 5th Test in Birmingham earlier this month. Kohli slammed Bairstow, infuriating the England batsman. Bairstow went on to score two centuries in the Test match, the second of which was an unbeaten inning that helped England complete the most successful chase in Test history, allowing England to win the match and tie the series 2-2.

When asked about the incident, the Englishman stated that both he and Virat are competitive and that such incidents are common on the cricket field.

While Virat Kohli is struggling with his form and groin strain, Jonny on the other hand is in red hot form smacking the ball all around the park.

Bairstow, on the other hand, has struggled to maintain his Test form in ODIs.

Tarun Verma
He is one of our leading cricket writers and editor at Cricsharks who is himself a passionate cricketer and an aspiring cricket journalist writing some of the most unique things happening in cricket around the globe!!
Previous articleWatch: Yuzvendra Chahal Gets All the England’s Big Fishes
Next articleAfter Virat and Suryakumar Yadav, Hardik Pandya Also Departs Cheaply!! Jadeja to the Rescue