On Friday, India defeated the West Indies in the first one-day international, taking a 1-0 series lead. The visitors scored 308 for seven after being granted the option to bat first at Trinidad’s Queen’s Park Oval. At one time, the West Indies were cruising with a score of 133 for 1, but India battled back to win by three runs on the penultimate ball. Shreyas Iyer and Mohammed Siraj, who both played the game, were seen having fun afterward. 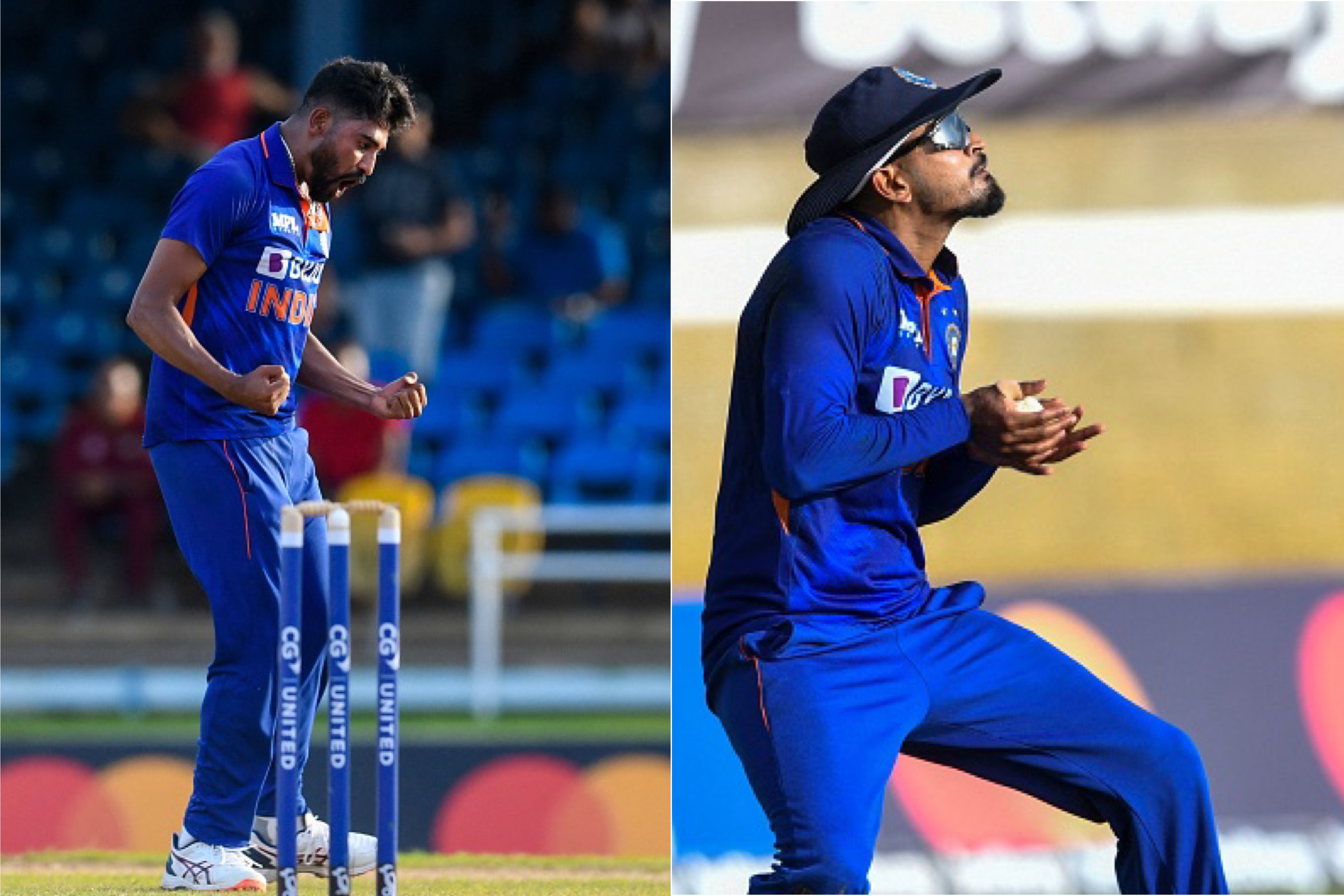 The BCCI shared a video of the conversation on social media, in which the two can be seen smiling and Iyer showcasing his dance skills.

From last-over heroics in the 1st #WIvIND ODI courtesy @mdsirajofficial to rocking some dance moves ft @ShreyasIyer15, presenting a fun interview that oozes swag 😎😎 – by @28anand

Siraj first asked Iyer why he was dancing so close to the spectators during the game. Iyer responded that some spectators had asked him to drop a catch. He had fun dancing in front of the crowd after capturing a fish.

READ ALSO: Shikhar Dhawan claims that he has faced criticism for the past ten years

Notably, Mohammed Siraj protected 15 runs in the final over against the likes of Romario Shepherd and Akeel Hosein to help the visitors win their first One-Day International on Friday. While Shikhar Dhawan (97), Shubman Gill (64), and Shreyas Iyer (54) helped India post 308 for 7, West Indies were three runs short of their target in the second innings thanks to Yuzvendra Chahal (2 for 58), Mohammed Siraj (2 for 57), and Shardul Thakur (2 for 54).

Tarun Verma
He is one of our leading cricket writers and editor at Cricsharks who is himself a passionate cricketer and an aspiring cricket journalist writing some of the most unique things happening in cricket around the globe!!
Previous articleIndia won against West Indies by 3 runs in the nerve-racking match
Next articleMushfiqur Rahim Joins Bangladesh Team For Zimbabwe One-Day Internationals