Former South African captain AB de Villiers praised the Indian duo of Rishabh Pant and Ravindra Jadeja, calling it “among the very best” he had seen in Test cricket. After their top-order batsmen struggled on Day 1 of the ongoing fifth Test against England, Pant and Jadeja put on a crucial 222-run stand. De Villiers praised the batting pair on Twitter, saying their “counterattack partnership” is among the best he has seen in red-ball cricket.

Haven’t been home and missed most of the Cricket action. Finished watching the highlights now. That counterattack partnership from @RishabhPant17 and @imjadeja is right up there with the best I’ve ever seen in Test Cricket!

I’ve been away from home for a long time and have missed most of the cricket action. I’ve finished watching the highlights. This counterattack partnership between @RishabhPant17 and @imjadeja is among the best I’ve seen in Test cricket!” De Villiers shared his thoughtsIndia vs England on Twitter.

When Pant and Jadeja came to bat, India was trailing by 98 runs. Shubman Gill, Hanuma Vihari, Cheteshwar Pujara, Virat Kohli, and Shreyas Iyer had already been traded for pennies.

READ ALSO: Can Virat Kohli turn it around as his batting woes continue?

Pant and Jadeja saved India from a batting collapse by building a partnership of  222 runs. Pant led the attack against the English bowling attack, scoring 146 runs off 111 balls. On the other hand, Jadeja played second fiddle to Pant for the majority of Day 1 before scoring his century on Day 2. 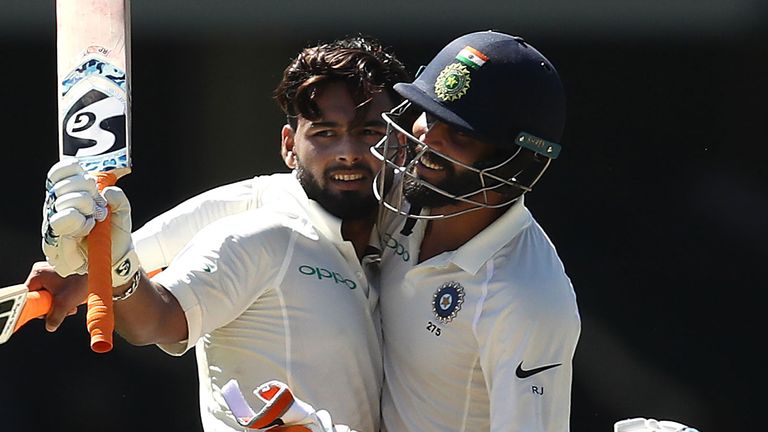 Stuart Broad later in the innings set an unexpected world record by allowing Bumrah to score 35 runs in an over. It was the most runs conceded in a single over in Test cricket history. Robin Peterson previously held the record for most runs conceded against the West Indies, with 28.

Thanks to Pant and Jadeja’s outstanding efforts, India amassed a massive first-innings total of 416 runs. After Jonny Bairstow batted brilliantly to reach his century, India bowled England out for 284 runs. India led the third innings of the match by 132 runs. Gill, Vihari, and Kohli were all dismissed early in the third innings by James Anderson, Stuart Broad, and Ben Stokes, respectively. Then, on Day 3, Pujara and Pant led India to 125/3 at stumps.

On the fourth day, India’s Pujara and Pant resumed their innings with overnight scores of 50 and 30, respectively. Before attempting to bowl England out for the second time today, India will be looking forward to bat for at least two sessions.

Tarun Verma
He is one of our leading cricket writers and editor at Cricsharks who is himself a passionate cricketer and an aspiring cricket journalist writing some of the most unique things happening in cricket around the globe!!
Previous article“I dreamt of scoring a century for Mumbai” Sarfaraz Khan reveals his best knock during his short Ranji trophy journey
Next articleRovman Powell Says “ I Don’t Consider Myself as  Power Hitter” After a Match Winning Performance Against Bangladesh